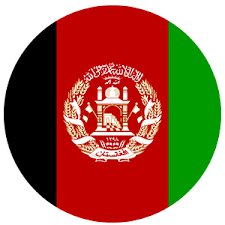 Afghanistan combined an aggressive batting performance with tight bowling to gain a 56-run win over the West Indies in their Warm-up match of the ICC Twenty/20 Cricket World Cup at Dubai yesterday.

Afghanistan won the toss, batted first and made 189-5 off their 20 overs with the top order of their batting scoring most of the runs after Hazratullah Zazai made 56 off 35, and Mohammad Shahzad hit 54 off 35. They shared an opening stand of 90 runs off 8.5 overs. Rahmanullah Gurbaz contributed 33. Left-arm, fast bowler, Obed McCoy was the best bowler for the West Indies. He took 2-43.

The Afghanistan batters were helped by some wayward bowling from the West Indies. There were 7 wides and four no-balls, along with some hittable deliveries.

Captain and off-spinner, Mohammad Nabi then opened the bowling for Afghanistan and bowled his four overs straight to take 3-2, completely stifling West Indies’ reply to 133-5 off 20 overs. Roston Chase top-scored with 54 not out, and Nicholas Pooran made 35.

Another two First Round Group matches are being played today. The match between Bangladesh and Papau New Guinea is in progress. (Update live at ESPNcricinfo).