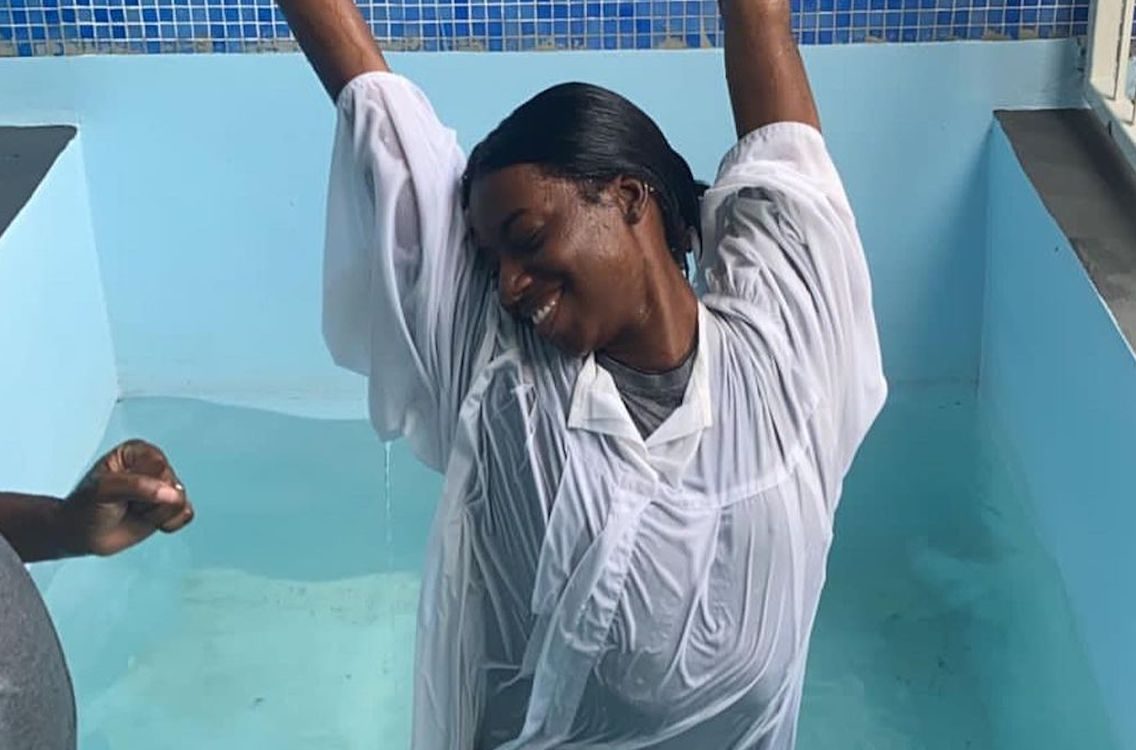 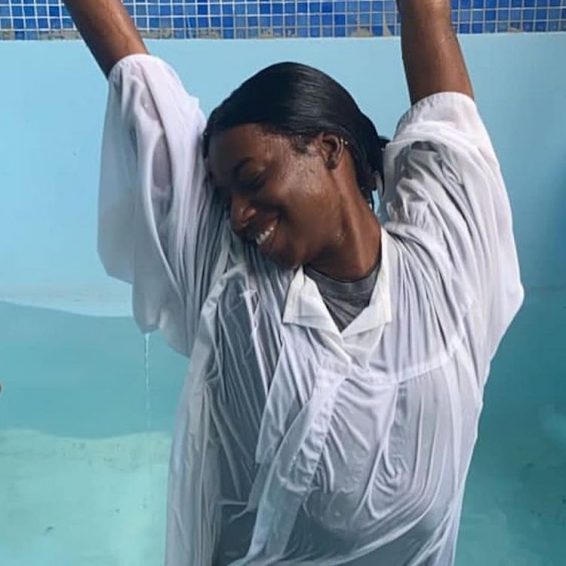 Weeks after she was reported missing, Abihail Myrie, has finally graced social media and revealed that she is now a baptized Christian.

The young model who is the daughter of Dancehall/reggae Superstar Buju Banton shared several photos of her baptism which showed her emotional as she cried. She also shared how vulnerable she felt making the decision to be baptized.

“Today was the best day of my life,” she said in a post on Instagram Monday afternoon. “It has truly been an experience. one for the books! Im happy that I was able to document it all. I’ve fought, learned, faced public humiliation, cried, got back up, listened and trusted God. all in the name of Christ. And I’m now I am home. It was rough. I wont lie. I lost a lot of friends and family along the way-some that truly came at a surprise. But i had to lose. I couldn’t go forward with them. I wouldn’t be able to fulfill my purpose and share this testimony with you all.”

While in hiding, it seems Abihail Myrie has had the time to reflect and gain some inner peace after going on a rant on social media about her famous father being abusive.

“I’ve been my most vulnerable self, stripped of all my layers both physical and emotional in order to gain what has been so much more fulfilling,” she continues, “It was all worth it. I am better, stronger, much wiser and am able to proudly say that I am truly a Child of God. and thank you to everyone who fought silently with me.”

Early in October, there was concern raised for her safety after the Jamaica Constabulary Force said she was missing.

However, she later through her Attorney-at-Law said that she was not missing but that she was hiding in fear for her life as her father and older sister politician Jodian Myrie were allegedly trying to kill her.

The young model had made posts on her social media accounts on Instagram and Twitter claiming that her father Buju Banton had physically abused her. She shared images too of marks on her neck and a conversation that appears to be with another sibling about the incident.

For the most part Buju Banton  has not responded to the allegations neither his daughter Jodian.

“They are trying to kill me,” one of her tweets had read. “They do this to anyone who speaks out,” another one said. She followed up with a third tweet – “How can I, my daddy’s “princess” be missing and he is sooo nonchalant about  it. Not one post. Come on.”