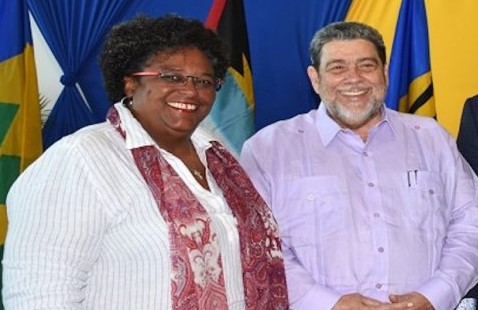 In a letter to the Barbados Leader yesterday, Prime Minister Gonsalves said Barbados is completing the vital task of crossing the final threshold towards full nationhood, in the strategic quest of uplifting and further ennobling the country, and the Caribbean civilization.

The Prime Minister noted that the achievement of a Parliamentary Republic with its home-grown Non-Executive President is a great cause, and great causes have never been won by doubtful men and women.

And he pointed out that several member states of the Caribbean Community (CARICOM) have a republican form of government, including Haiti; Suriname; Guyana; Dominica; and Trinidad and Tobago.

Dr. Gonsalves expressed the hope that, in his lifetime, all or most of the independent countries of CARICOM would move from a monarchial system to a republican one.

The Prime Minister noted that Barbados and Britain are entering an even more mature relationship, since both countries are strong allies, and this development does not mean an abandonment of close bonds of friendship.

Minister of Finance and Economic Development Camillo Gonsalves, represented St. Vincent and the Grenadines at the formal swearing-in ceremony of the first President of Barbados, Dame Sandra Mason.