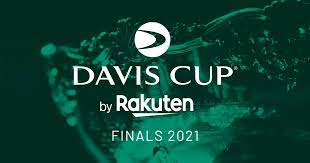 Results from the second day of the Davis Cup tennis tournament

World number one, Novak Djokovic needed just one hour to beat Denis Novak and help Serbia to a 3-0 win over Austria on yesterday’s second day of the Davis Cup.

Djokovic breezed past Novak 6-3, 6-2 to give Serbia an unassailable 2-0 lead in the three-match tie.

Djokovic, who has not lost a Davis Cup singles rubber since 2011, was in imperious form against 110-ranked Novak.

He did not face a break point and dropped just six points on serve, racing through the second set in 28 minutes.

Djokovic will likely be in action again today as Serbia meet Germany, while US Open champion, Daniil Medvedev will feature for the Russian Tennis Federation against Ecuador. Great Britain begin their competition against France.

Defending champions, Spain and Italy were also victorious on the second day of the competition yesterday.