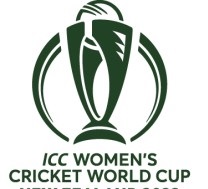 Here are the results of yesterday’s other matches of the ICC Women’s Cricket World Cup Qualifying Tournament in Zimbabwe.

Sri Lanka Women beat the Netherlands Women by 34 runs under the Duckworth-Lewis Method in Group A.

Pakistan Women defeated Thailand Women by 52 runs in Group B.

And Bangladesh Women won from USA Women by 270 runs in Group B.