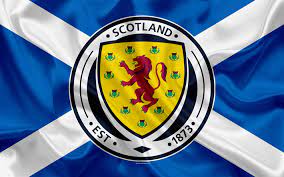 Scotland were eliminated from the ICC Men’s Twenty/20 Cricket World Cup after being beaten by 16 runs by New Zealand in Group 2 of the Super12s at Dubai yesterday.

The victory renewed New Zealand’s hopes of qualifying for the semi-finals.

Wins over Namibia and second-placed Afghanistan, who were beaten by India in Abu Dhabi in yesterday’s second match will take New Zealand into the last four.

While Scotland have lost their three Super 12 matches, they arguably exceeded expectations by topping Group B in the qualifying round, which included a superb win over Bangladesh.

This morning’s match is in progress between Australia and Bangladesh in Group 1 of the Super 12s at Dubai. (Update live at ESPNcricinfo).

Today’s second match at 10.00 a. m will feature the West Indies and Sri Lanka in Group 1. That match will be broadcast live on NBC Radio.