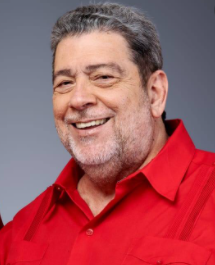 The Government is continuing to carry out major infrastructural works throughout St. Vincent and the Grenadines.

So says Prime Minister Dr. Ralph Gonsalves as he provided an update on a number of projects and initiatives on NBC Radio yesterday.

Dr. Gonsalves said preparations are also being made for the Budgetary Estimates scheduled to be presented on December 8th.