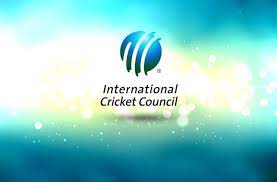 The ICC board establishes a group to review cricket in Afghanistan

2 months ago·1 min read
ShareTweetPinShare
Home
Local News
The ICC board establishes a group to review cricket in Afghanistan
The content originally appeared on: NBC SVG

The ICC Board has set up a working group to observe and review cricket in Afghanistan in general and, more specifically, the Afghanistan Cricket Board (ACB) after the developments following the Taliban takeover of the country.

The group, to be chaired by Imran Khwaja, also includes Ross McCollum, Lawson Naidoo and Ramiz Raja, and will report back to the Board over the coming months.

Since the Taliban assumed power in Afghanistan, and the group’s stance that women would not be allowed to play sport became public, Cricket Australia has postponed a scheduled Test match against Afghanistan, at home in Hobart in November, and there has been speculation that other boards might follow suit.