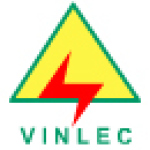 VINLEC to transform electricity supply in the Grenadines

The St. Vincent Electricity Services VINLEC has announced plans to transform the electricity supply in the Grenadine Islands.

Plant Engineer for the Grenadines Zolanie Daize spoke about some of the projects to be undertaken while speaking on Radio on Sunday.

VINLEC is this month celebrating its 60th anniversary.